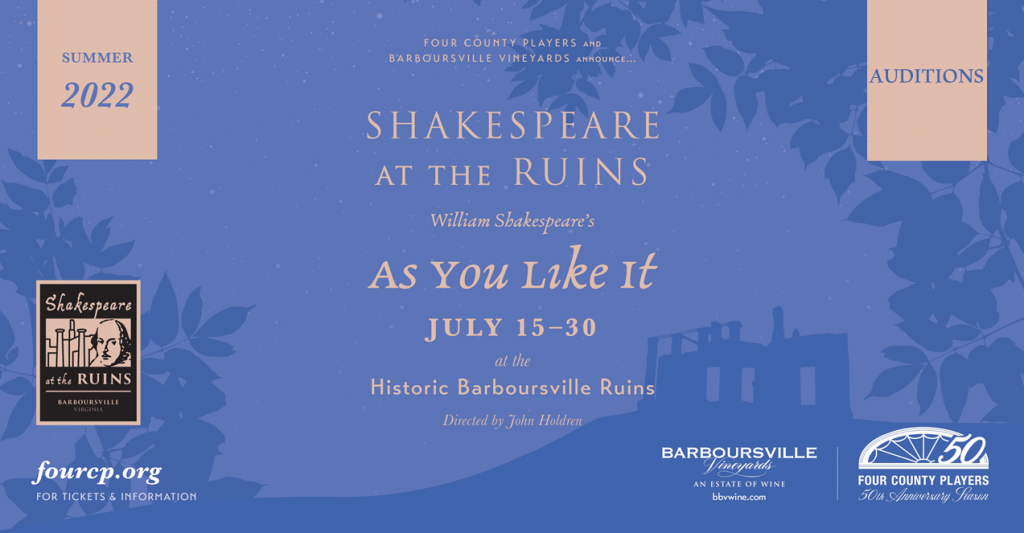 Four County Players is excited to announce the cast of this summer’s Shakespeare at the Ruins production of AS YOU LIKE IT:

Congratulations to the cast, and thanks to all the actors — over 50 of them! — who auditioned!
William Shakespeare’s AS YOU LIKE IT, directed by John Holdren, will open at the Historic Barboursville Ruins on July 15 and run through July 30. Tickets will go on sale in June.