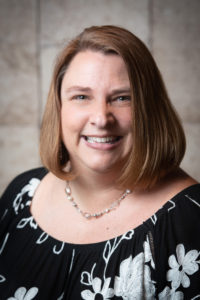 Jennifer Phelps first got involved at Four County Players when her daughter was cast as Zuzu in It’s a Wonderful Life in 2010. Since then she has worked in the Bistro, and as house manager, kid wrangler, and usher. Both of her children have been involved in many shows since then, and the whole family just loves coming to Four County—it feels like a second home. Jennifer attended Radford University and received her BA in early/middle education and taught first through third grades for ten years. She was then a stay-at-home mom and also worked for K12 Online Public Schools as a placement counselor and enrollment counselor. She is thrilled to have this opportunity to play a bigger role in the day-to-day operations that make Four County such an amazing place to be.