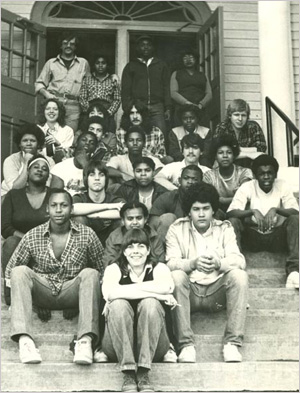 Founded in 1973, Four County Players is Central Virginia’s longest continuously operating community theater. For more than forty years, Four County Players has delighted audiences with a full range of theater experiences. Located in the small village of Barboursville, the theater is the cultural hub for the community, serving as both an artistic and educational center. Four County Players is well-known for its masterful musicals, hilarious comedies, and thought-provoking dramas.

The group grew out of an idea shared by Lillian Morse and Bill Thomas: “Creative arts need to be a part of the area’s rural communities.” The theater group officially started in January of 1973 when a group of ten people gathered at Morse’s home. They pooled their money for start-up costs, and when the take was tallied, the founders had $70 to launch their new enterprise. The first thing they did was set up theater workshops for children at the Gordonsville Recreational Center. This effort produced many new members and two productions: Switched at the Crossroad and Noah’s Flood. 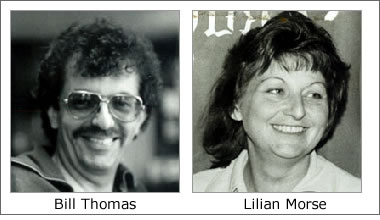 Lillian happened to live right next door to the old Barboursville High School auditorium. The vacant schoolhouse had been closed for years and was being used for storage. Through an agreement with Orange County, the theater group reopened the building as the Barboursville Community Center, also known as the home of Four County Players. A few months after moving into its new location, Four County Players showcased its talents in its new home with The Stingy Mr. Pennypincher, directed by Bill Thomas. They did not have time to completely fix up the building before the first show, so they built the set over top of an old furnace that had been left on stage. When the actors had to go backstage, they crawled over the furnace.

The TREE Program
In 1979, the Players wanted to take on projects that would have a positive and enriching effect in the community, and began the Theater Related Employment Experience Program— also known as the TREE Program. Funded by the Governor’s Manpower Services Council, TREE enabled Four County Players to hire disadvantaged youths and teach them marketable jobs skills directly related to theater.

Launching the Scholarship Program
In 1980, Ralph and Marcelia Hall, two long-time patrons, wanted to recognize the contributions of the young thespians and technicians who came to share their numerous talents with the community. They started the Four County Players Scholarship program. Proceeds earned by selling refreshments in the Bistro are used to fund the program. 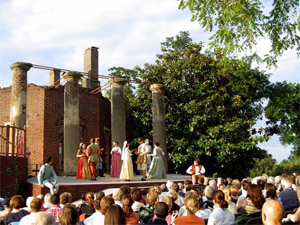 Shakespeare at the Ruins
In 1990, Sara Smith Bossong proposed the idea of staging Shakespeare plays outdoors. A partnership with Barboursville Vineyard was formed to use the ruins of a mansion on their property as a backdrop for plays. The red brick ruins are what remains of the home Thomas Jefferson designed for James Barbour, the Governor of Virginia from 1812 to 1814. The structure was destroyed by fire on Christmas Day, 1884. Located in the heart of the breathtaking Barboursville Vineyards, the stark — yet stately — ruins, the vineyards, and the high boxwood shrubs surrounding the house served as the backdrop for sixteen years of summer Shakespeare. Sara directed the first Shakespeare at the Ruins production of A Midsummer Night’s Dream in the summer of 1990. Sadly, due to much-needed renovation and restoration to the continuously deteriorating ruins, the tradition ended in 2006. The final production in the ruins was, fittingly, All’s Well That Ends Well, directed by Clinton Johnston. Not wanting the tradition of Shakespeare to die, the annual production was moved back to the theater building in 2007 for a rousing, creative production of Twelfth Night directed by John Holdren.

Season Productions
Every year, Four County Players presents four to five Mainstage shows. These productions include at least one musical, a straight play, and a family Christmas show.

In 2009, the theater opened up a second performance space called the Cellar in the front room of the lower level. The inaugural production was Shakespeare’s Hamlet, directed by Caitlin Lucia for Impulse Project. The Cellar continues to be a perfect venue for smaller productions, experimental works, and special events like the Songs in the Cellar Cabaret series.

Four County Players prides itself in producing quality productions that involve volunteers from the community and keep generations of audiences returning for years.