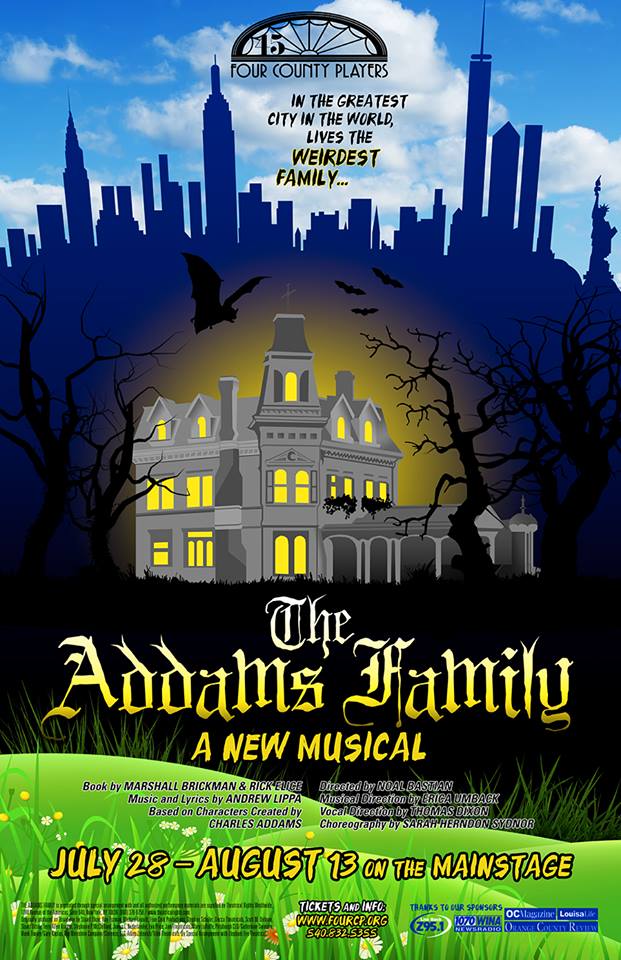 THE ADDAMS FAMILY
A New Musical

Everyone’s favorite creepy and kooky family is coming to town! When Wednesday Addams, now an 18-year-old, falls in love with a “normal” young man from a respectable family, she confides in her father and begs him not to tell her mother. Now, Gomez Addams must do something he’s never done before: keep a secret from his beloved wife, Morticia. Everything comes to a head on the fateful night they host a dinner for Wednesday’s boyfriend and his parents. Secrets are revealed, relationships are tested, and the Addamses must face the one thing they’ve avoided for so long: change. Join us this summer for an award-winning musical full of love, laughter, and spooky fun!

THE ADDAMS FAMILY is presented through special arrangement with and all authorized performance materials are supplied by Theatrical Rights Worldwide, 1180 Avenue of the Americas, Suite 640, New York, NY 10036. (866) 378-9758 www.theatricalrights.com

$16/adults; $15/seniors & students; $14/children
All Friday tickets are $10 (Reserved Seating!)
Call the Box Office to be added to our waiting list.