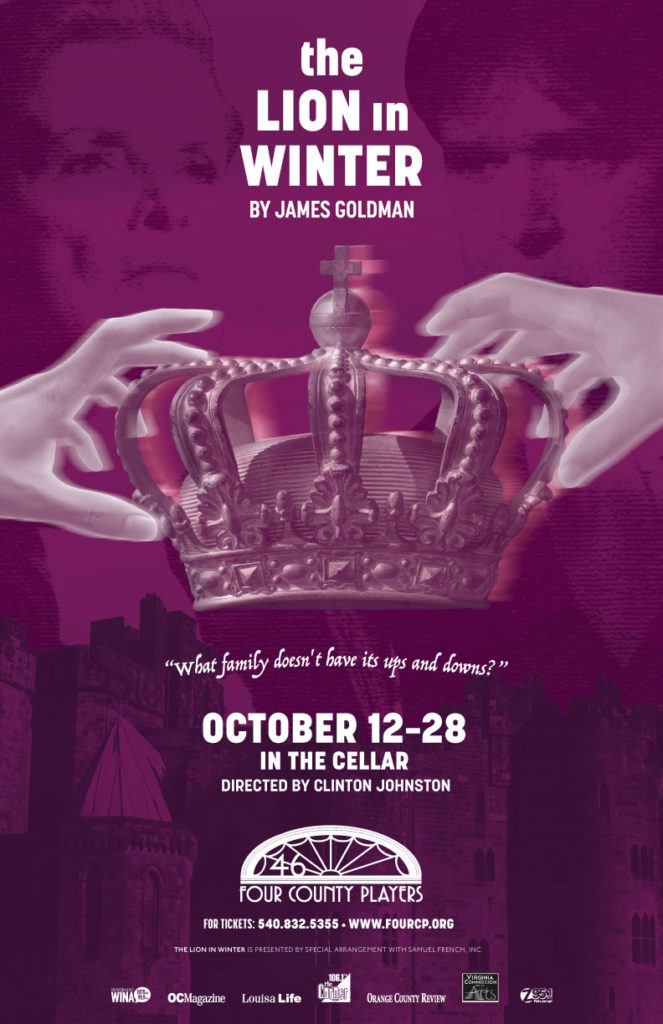 The Lion in Winter

The queen, and wealthiest woman in the world, Eleanor of Aquitaine, has been kept in prison since raising an army against her husband, King Henry II, and is only let out for holidays. Set during the Christmas of 1183, this fiery play centers around the inner conflicts of the Plantagenet family as they are locked in a free-for-all of competing ambitions to inherit a kingdom. As Eleanor says, “Every family has its ups and downs,” and this royal family is no exception. Comedic in tone, dramatic in action, THE LION IN WINTER is a classic of the American theater, made even more popular by the 1968 film starring Peter O’Toole and Katharine Hepburn. Our intimate Cellar production promises to be a theatrical experience that you won’t soon forget.

All Tickets are $15 General Admission Seating

All tickets are $15 General Admission Seating