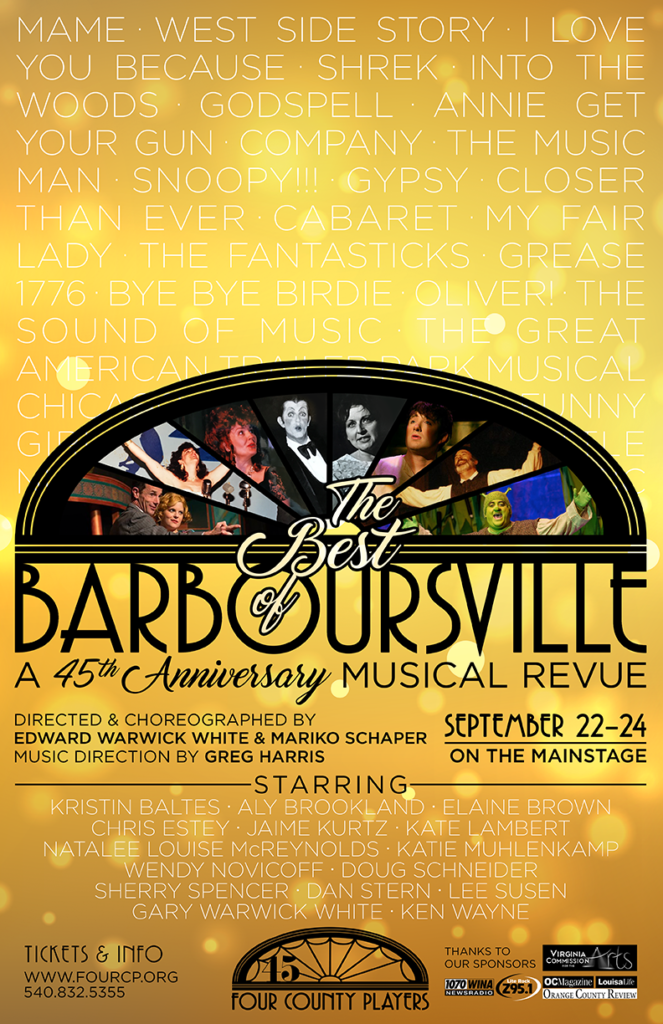 THE BEST OF BARBOURSVILLE
A 45th Anniversary Musical Revue

It’s a big year for our little theater! Join us in celebrating the past 45 years of music, memories, and theatrical magic at Central Virginia’s longest-running community theater! This one-weekend-only musical revue features an all-star cast of favorite Four County Players performers, both past and present, bringing you the very best of Barboursville through the years! Reminisce with us as we walk back through our rich history. From Mame to The Music Man, Company to Cabaret, and SHREK to The Sound of Music, you’re sure to hear old favorites and new favorites alike! With 45 years of wonderful musicals to drawn from, it’s sure to be an unforgettable show!

All Tickets for The Best of Barboursville are $15/Reserved Seating
Tickets go on sale at 10AM on Tuesday, August 29th, 2017
In the event of a sell out, please call the Box Office to be added to our waiting list