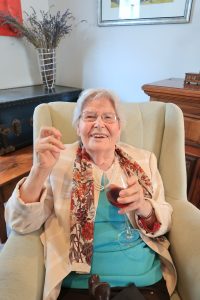 Audrey Elizabeth Erskine Briggs, 92, died on February 1, 2021. The daughter of Stanley and Dora Davis Erskine, she was born on August 10, 1928 in New Castle upon Tyne, England. She was educated there at Dame Allan’s School for Girls with a full scholarship, having achieved the top score on her entrance exams. In 1939, as she was about to begin school, World War II was declared in England and as part of Operation Pied Piper,  she and her classmates were sent for a time to safer locations away from the coast. It was here, in the Lake District, that Audrey developed her lifelong love of the countryside. She returned to Dame Allan’s, graduated, and received another scholarship to earn her degree in dentistry. She was appointed Senior Dental Officer for the Royal Borough of New Windsor and often told of the decline in dental health when rationing ended and sugar was no longer in short supply.  Audrey loved to take long afternoon walks in Windsor Great Park and often recalled the royal processions that she saw.  After the war,  all of her family moved to New Zealand. She married Peter Briggs, whose work with American Die Casting Corporation led them first to Canada and then to the United States, where they finally settled in Orange, Virginia. 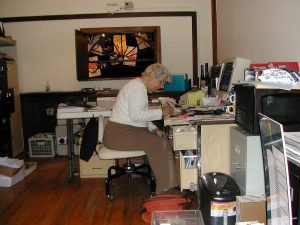 With a keen, inquiring mind and a joyful and independent spirit, Audrey was interested in people of all ages as well as dogs, cats, horses and chickens. She had strong passions, among them gardening, tennis, her church, and Four County Players, where she served for more than ten years as Box Office Manager and chief seamstress.  Audrey made lifelong friends within the theatre community and supported Shakespeare at the Ruins with delicious catering for audience members. Anyone who called or attended a show at the theatre back then was greeted by Audrey’s cheerful voice and kind manner – she was the gracious face of Four County and a most dedicated employee and volunteer. 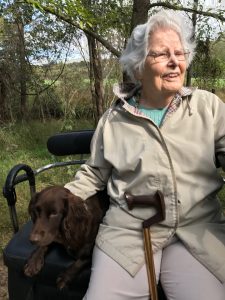 Audrey was predeceased by her husband, her parents, her sister Jean Erskine Hudson, and her two brothers, Derek and Noel Erskine. She is survived by her beloved nephews and her great nieces and nephews in New Zealand.

Funeral arrangements will be announced later.

Her friends would like to express profound gratitude to everyone at Dogwood Village Health and Rehab for their loving care for Audrey over the last three years. 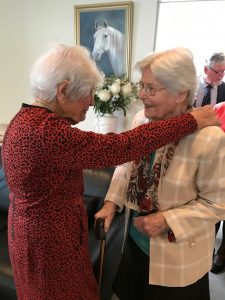