Breaking ground on a backstage 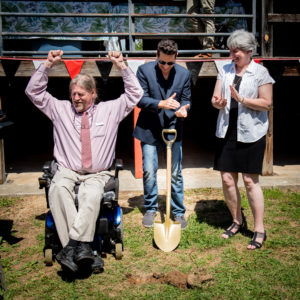 The day finally arrived that Four County Players could break ground on a long-awaited project. Here, our president, Debbie Owen, shares the story of how the Build a Backstage project got underway in earnest five years ago and proceeded to the point that construction is beginning.  More than seventy people–donors, members, friends–gathered on April 28, 2019, in the space where the theater addition will stand, to put a shovel into the ground, share a toast, and celebrate the next big milestone achievement at Four County Players.

In 2014, a prospective Eagle Scout came to the Four County board with a proposal for a project: to enclose the open deck on the back of the theater to protect actors from the elements. The idea of enclosing the deck had been discussed many times before, but was little more than a distant dream for a group that was constantly busy with the next production and a budget that barely covered operating expenses every year. However, in discussing the potential project with Boy Scout Sheridan Parkinson, various members of the board realized that the time had come to make this dream a reality. It was clear that the project wouldn’t work for our favorite Eagle Scout–he renovated the Cellar bathroom/bistro area instead–so a committee was formed to start fundraising and sketching out plans for a proper backstage addition.

By the end of 2014, Build a Backstage had officially started with the first fundraising letter and a survey sent to the theater community to see what priorities people had for an addition. Through 2015, the project took shape in talks with architects and engineers and received a big boost when we secured our first matching grant from the Perry Foundation. The initial $90,000 goal was reached by the end of 2017, largely due to the efforts of Sara Bossong and Mary Jo Browning and many cups of tea with their friends.

In the meantime, design work was underway with our architect, Kerry Moran, guided first by David Heyl and later by me, Carl Schwaner, and other members and consultants of the BABs committee. Once we had a dream design for the space, the challenge was finding a builder to give us a good working estimate for the project. 2017 was the Year of Intermittent Progress, as various options proved unworkable and we found ourselves back at the drawing board – literally, as Kerry re-worked the plans to a more realistic scale for our organization. 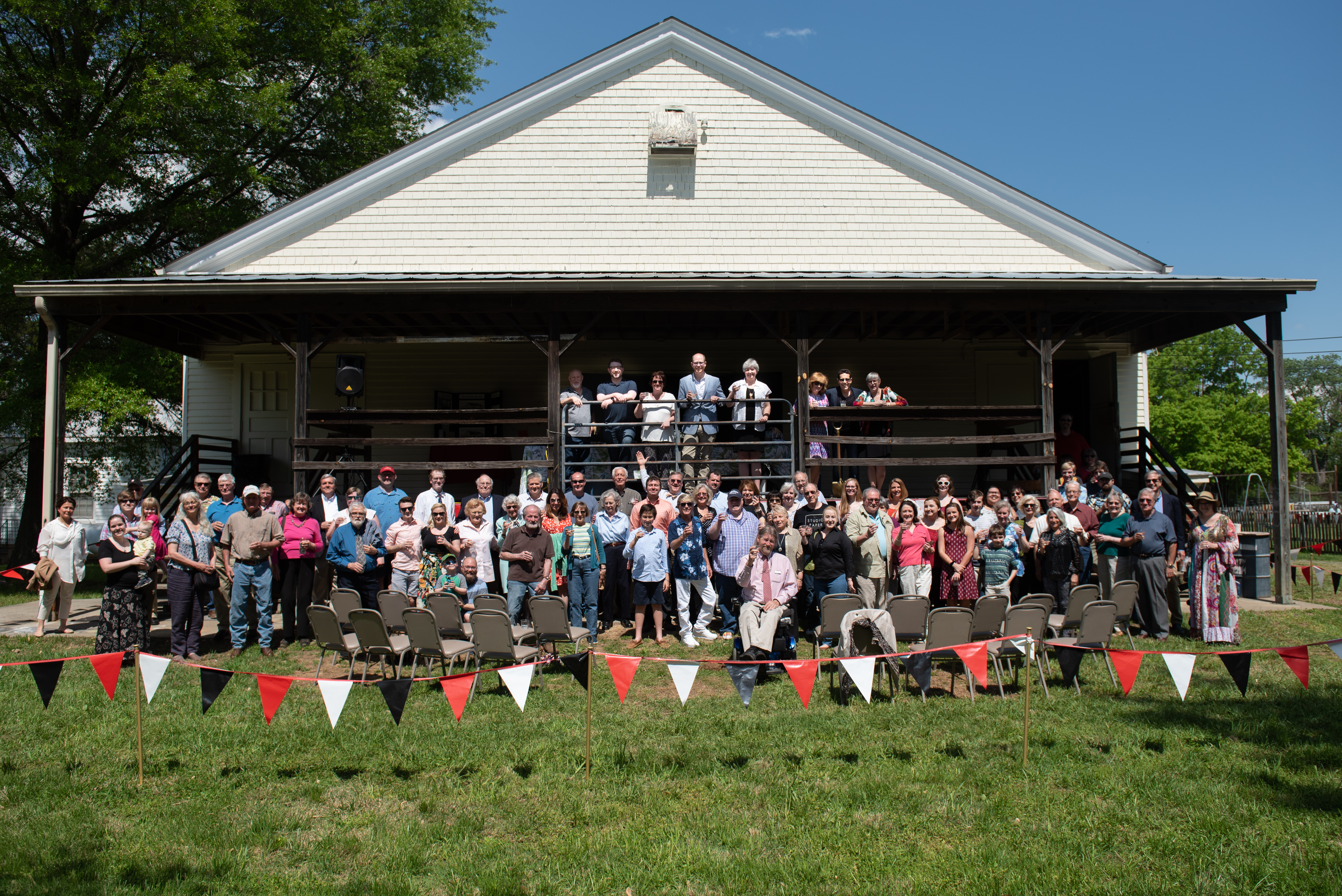 Then, in 2018, friend of the theater Biery Davis started working on the renovation of our Bistro. After hearing about what we were trying to do with the BABs addition, he introduced us to Kevin Gallihugh, a builder who lives right in the neighborhood. Kevin immediately shared the vision for this project, understanding the limits of our budget and the challenges of adding on to a historical building. With Kevin on board as the contractor, we finally had a cost estimate that the board felt comfortable with and a time frame for the construction. Armed with those details, Randy Clark secured a second grant from the Perry Foundation to get us “over the finish line.”

The final Perry grant of $30,000 was contingent on four criteria:

Second: Have needed approvals from Orange County. Last week, the Board of Supervisors voted to allow Four County Players to move forward with this addition.

Third, Meet an overall fundraising target of $245,000. We used the Final Fifteen campaign during Hello, Dolly to raise awareness and excitement for this goal, and I can announce today that our ROCKS ARE OVERFLOWING!

Finally, actually break ground for the project: Here we are today! 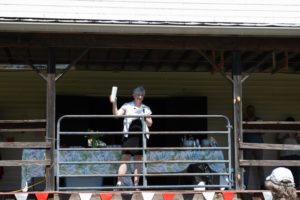 Debbie Owen shows off the vase filled with pebbles indicating progress toward the “final fifteen” fundraising push needed to earn a matching grant from the Perry Foundation. 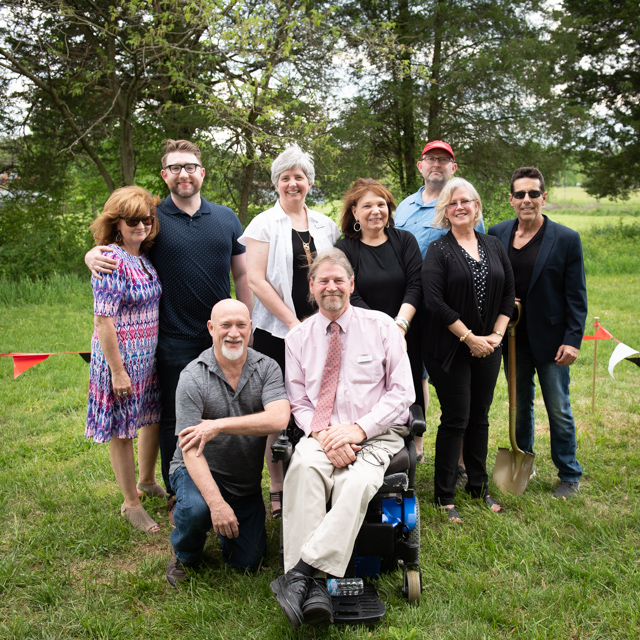 As I reflect on the five years it has taken for this project to go from a dream to reality, I am struck most by the breadth of support from the community. Our donor list includes more than 300 individual names, and every one of them, whether large or small, has made this Backstage project happen. Even more, I particularly want to thank Carl and Randy, my partners on this project and without whom we would not be here today.