For the second year, Four County Players is participating in the Autism Theatre Project, a Charlottesville organization that brings sensory-friendly theater to neurodiverse individuals and their families.  Four County will welcome many theatergoers to a special December 2 performance of A Christmas Story, adapted to provide a positive experience for those affected by autism and other conditions. 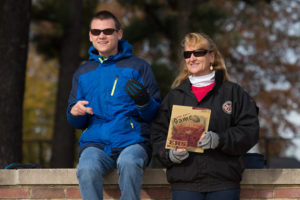 Zack and Christal enjoy one of Zack’s other interests, attending sporting events. They made the trek recently to Alexandria to see the Woodberry Forest football team take on its rival, Episcopal High School.

Zack is one young man whose experience at last year’s sensory-friendly performance of A Charlie Brown Christmas was so positive that he’s become an ardent musical theater enthusiast over the past year.  We here at 4CP can’t wait to see him walk through the red doors this Saturday!

Tell us about Zack.

Zack is eighteen years old and attends Virginia Institute of Autism in Charlottesville, where he’ll go to school until he is twenty-two.  He loves swimming, rock climbing, skating, water parks, attending football and basketball games, and anything iPad.  And now he’s become a big musical theater fan.

We’ve lived and worked at Woodberry Forest School since 2001.  I work as the school’s clinical psychologist and my husband,  Matt, is the dean of faculty.  Zack has a sister, Emily, who attends Chatham Hall.

Tell us about Zack’s diagnosis.

Although Zack was born healthy and met early developmental milestones on time, he began to slip away from us after his second birthday.  He had great difficulty learning how to talk, he began to withdraw from others, he struggled with changes in routine, he did not play with toys in a typical manner, and his interests became very narrow and obsessive.   When he was three and a half, Zack was diagnosed with autism, a developmental disorder marked by deficits in language, communication, and social relationships.  Children with autism also demonstrate repetitive behaviors, inflexible adherence to rituals or routines, and highly fixated interests.  Fifteen years ago, there weren’t as many resources available to help kids with autism as there are now, so we began a long journey of finding and implementing as many interventions as we could find to help him.  For the first ten years after his diagnosis, we trained dozens of volunteers from our community at Woodberry Forest School to work one-on-one with him, six hours a day, forty hours a week, doing Applied Behavioral Analysis: ABA, the form of therapy that is most effective for children with autism.  These volunteers taught Zack academic, social, and behavioral skills that he could not learn on his own. We have also worked with countless special education teachers, speech therapists, occupational therapists, adaptive P.E. volunteers, mentors, and doctors over the past fifteen years.  They have provided years of language support, sensory integration training, adaptive physical activities, social outings, and biomedical interventions that have made a huge difference in Zack’s life.  The good news is that Zack has made steady progress in his language, behavior, and social skills, especially now that he attends the Virginia Institute of Autism in Charlottesville.

Tell us about Zack’s experience at last year’s sensory friendly performance of A Charlie Brown Christmas and about his theatergoing experiences since then.

We learned of the sensory-friendly performance from Miranda Hogan, who was part of the production team on A Charlie Brown Christmas.  Miranda was one of the ABA therapists who came to our home to work with Zack.

Zack was absolutely overjoyed to see the musical.  He loved every part of it – the moving set design, the different characters in their costumes, the music, the lights, the physical comedy, the audience participation in the end to sing along – everything.  He laughed and clapped and interacted with the show – in fact, he didn’t want to leave when it was over!  Just knowing that there were other families with children on the spectrum in the audience was a huge help – there was total acceptance and understanding, and absolutely no fear that Zack’s enthusiasm would disrupt anyone else’s enjoyment of the show.  The accommodations were also very helpful –having a social story ahead of time to prepare him for what was going to happen, making sure he was comfortable with the lighting and sound, and even knowing there was a “break room” in the back was reassuring (not to mention the popcorn and Sprite!).  We’d never been to musical with him before, so it was a great experience all around.

We’ve seen The Addams Family Musical at Four County Players, Guys and Dolls at Woodberry Forest School, Xanadu and Shrek the Musical at the Waynesboro Theatre, Beauty and the Beast at the Virginia Repertory, The Little Mermaid and James and the Giant Peach through the Christian Youth Theatre in Fredericksburg. Zack absolutely loves everything about live theater: the movement, the singing, the dancing, the lights, the sounds, the physical comedy, the changing set designs, the curtain calls, even the audience clapping at the end. 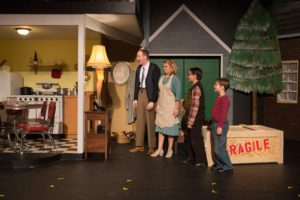 Anything else to add?

We have been so very warmly accepted and encouraged at Four County Players. After A Charlie Brown Christmas, several board members approached me directly and said that seeing (and hearing!) Zack have so much fun at the show made it all worthwhile to them.  They were so glad that he was able to enjoy himself so much and that our family was able to participate in a community theater experience.  Everyone was so very kind, understanding, and helpful – in fact, that first experience was so great that we’ve been able to attend several other “regular” shows without accommodations.  Zack was able to learn in that first sensory-friendly showing exactly what to expect and how to behave; now we can attend other musicals with little concern that he might be disruptive to other members of the audience.  And he looks forward to each new show, insisting that we mark the calendar and count the days until it’s show time.  It’s truly been a wonderful family activity that we can share with him in the community. 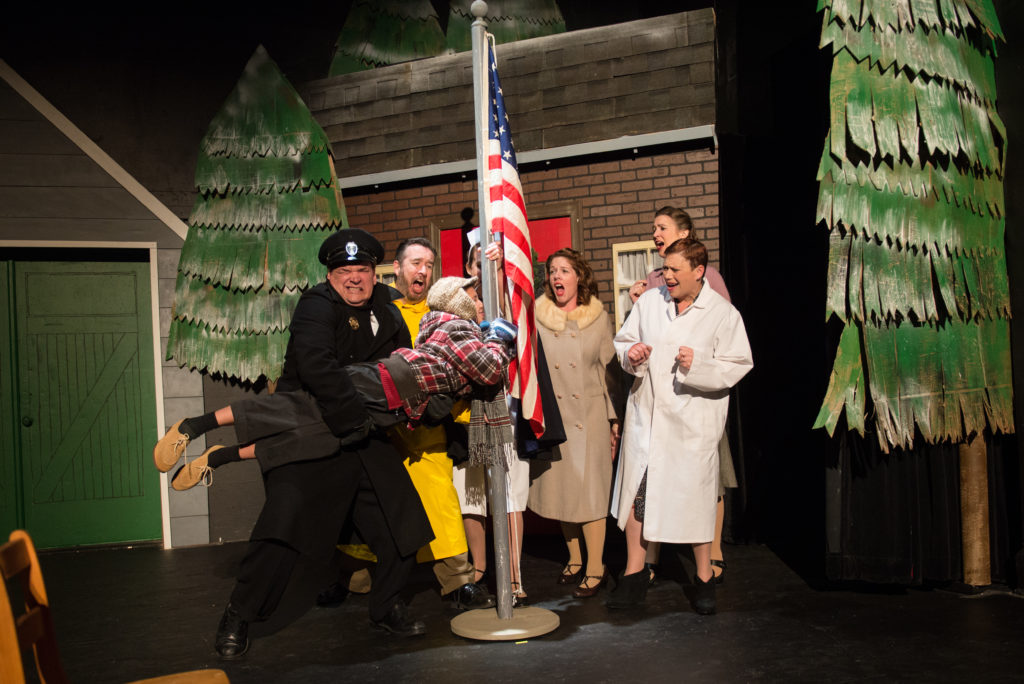