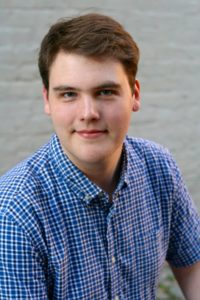 A rising junior from Arlington, Virginia, who is studying theatre at Virginia Commonwealth University, Joe Myers has been acting since he was in sixth grade. He got involved in fight choreography at the age of sixteen and has several credits and credentials under his belt.

Four County Players was truly fortunate to have Joe join us as our fight choreographer for And so is StageWrite. Enjoy learning about Joe’s background and process for bringing violence to the stage!

Tell us about your background in acting and fight choreography.

I have appeared in multiple community theatre productions and two VCU mainstages. I have also directed three full-length shows, assistant directed one previous VCU mainstage and another mainstage coming up in the fall. I have created or performed fight choreography for over twenty productions on stage and screen, ranging from high school to professional to fresh off of Broadway.

What are your goals and aspirations?

My goal is to continue creating this art that I love until it stops fascinating and enriching me, ie. when I die. More specifically, I want to build up my skills and experience until I can make a living by directing and choreographing shows.

I first developed an interest in stage combat when I was sixteen years old. My older sister received some training for a production that she was working on, and I became interested in this skill that I had never heard of before but which I realized was essential for many shows. That summer I enrolled in an introductory stage combat course, and after learning with and being taught by people who were so passionate about it, I “caught the bug,” so to speak.

What training and credentials have you received? 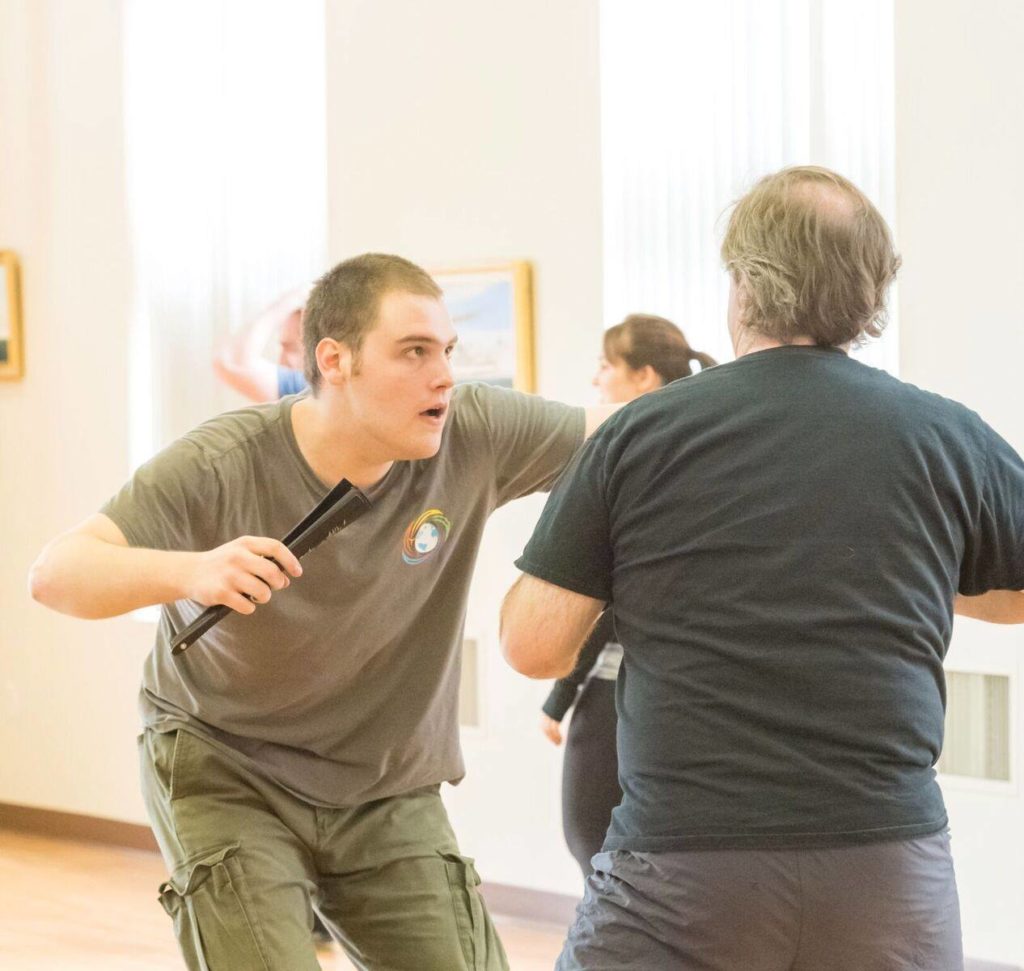 To learn my craft, I spent four years training at the National Stage Combat Workshop, held by the Society of American Fight Directors at the University of North Carolina during the summer. I also attended proficiency-focused stage combat classes and regional workshops in places all across North America and the UK. I was lucky enough to have found and studied under working professionals from the US, UK, Canada, Australia, Finland, and Sweden. I am currently an Advanced Actor/Combatant with the Society of American Fight Directors, and I have taken a test in and passed proficiency tests for nine different stage combat weapon disciplines, seven of which I currently hold a ‘pass with distinction’ in. I have similar certifications from national stage combat organizations in four other countries.

What moments stand out for you from your experience working with actors and crew members at Four County Players?
When I started working with Four County Players, I was surprised by the level of professionalism and dedication demonstrated by everyone I worked with. The amount of passion that the actors, designers, and crew brought to this project actually surpassed some professional companies that I have worked with. 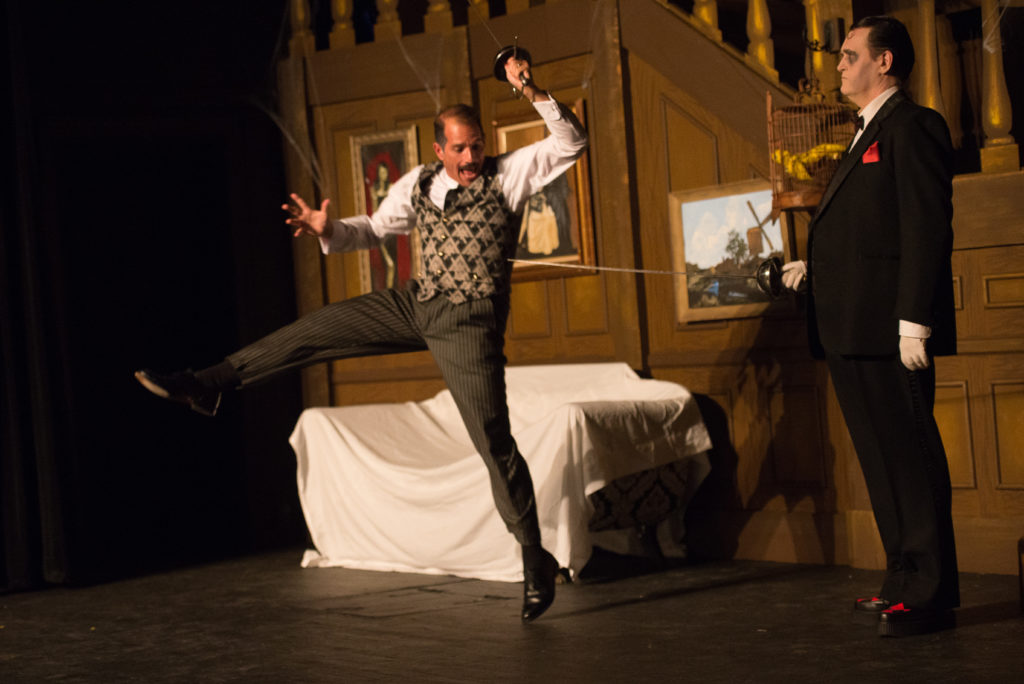 For example, as I was working with Jeff Dreyfus (Gomez) on a difficult piece of choreography, I stopped and asked him to give me a minute to ask our director Noal Bastian a question. After I was done talking to Noal, I turned back to keep working, and I saw that Jeff had continued practicing the move we had been working on while I was away. By the time I got back, he had gotten the hang of it. That impressed me, not just because he had figured it out without my help, but also because I very rarely get to work with actors who are so dedicated to getting each aspect of their performance just right. I noticed little things just like that from almost everyone else at Four County that I worked with, but that memory stands out because it was the first time I saw a demonstration of the spirit that made this production as good as it is.

What is your choreography process?

When I approach a piece of violence in a show, devising the moves themselves are the final thing that I do. I always start with the text and figure out who these characters are, why they are fighting, and what each of them has to gain or lose based on the outcome. Then I think about the bigger picture, such as the significance of this fight in the scene and how it fits into the show as a whole. Then I plot out the shape of the fight, deciding where the characters travel onstage and the lines or curves that they create. Next I focus on how the fight sounds and score it musically, considering things like rhythm, tempo, and dynamics. This includes not just the actors’ voices, but also the sounds that their weapons and bodies make. Finally I choreograph the moves themselves.

I consider my choreography to be non-verbal lines of dialogue, each having a specific motivation and intention behind it and helping to tell the story of the piece. I put myself into the mind of the character that the actor has created and think, “What can I do to get want I want?” (which for me usually involves a lot of stabbing). Once I’ve seen how the choreography sits in the actors’ bodies I may alter it so that it feels more natural for them to perform, but as long as it is executed safely, I leave it to the actors to rehearse and bring the moves to life.