Linda Hogan, secretary of the 4CP board of directors and photography enthusiast, shares some thoughts about the artistic and technical sides of theatrical photography.

I’m not one of those photographers who has been privileged ­­ — or focused — enough to develop a niche. In fact, I can’t think of a subgenre of photography I haven’t tried and even been paid for. I’ve shot all the standard situations from weddings to products, from senior portraits to sports. It’s wonderful to spend an hour or so with a senior or a young family, working together to capture a moment in a life. And trying to freeze the motion of a dancer, musician, or athlete is a challenge that doesn’t get old. Whatever I’m shooting, I always think the next picture I take will be the best one. 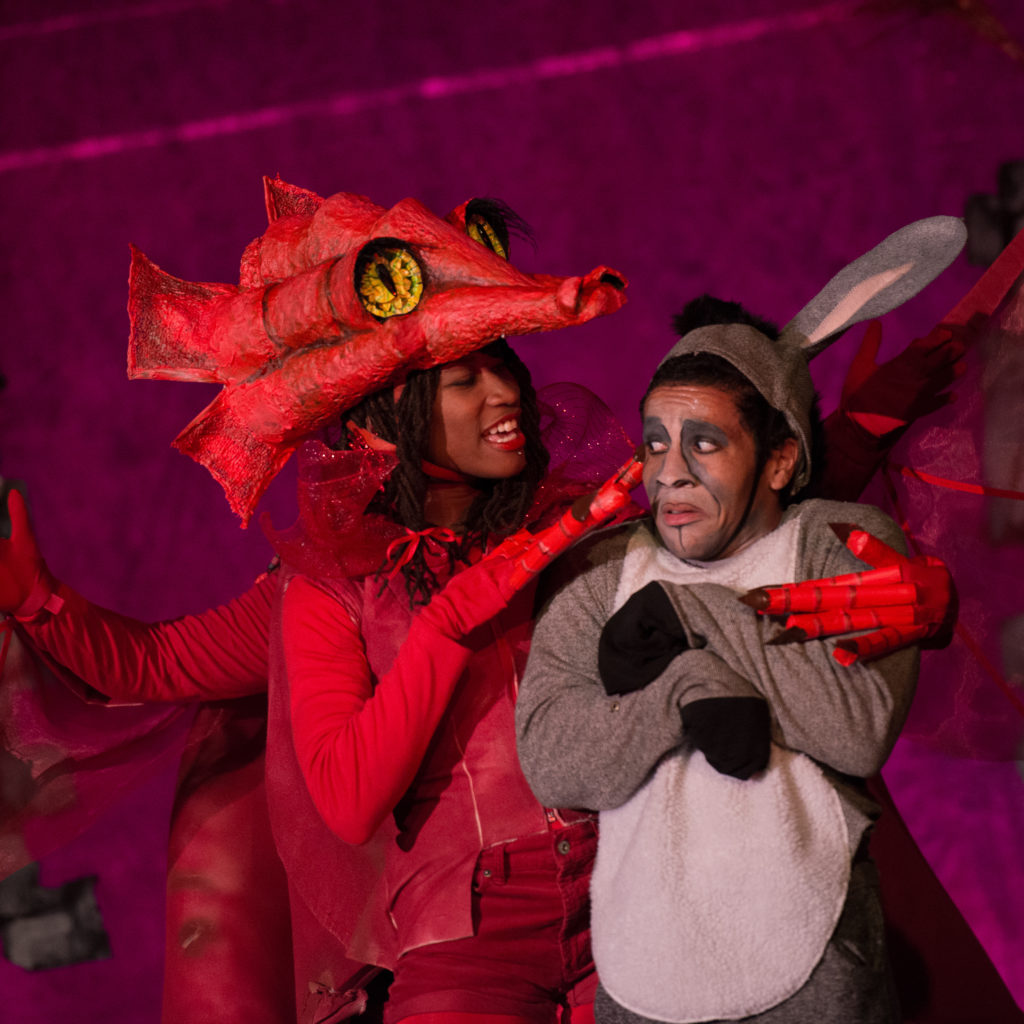 But if I were going to declare a favorite, I would pick theatrical photography. I am called on several times a year to shoot live stage performances for both Woodberry Forest, the school where I work, and Four County Players, the community theater where I play. Theaters want these photos for publicity and for documentation. Their art form is dynamic and ephemeral, so it takes a camera to preserve it.

For a photographer, technical, physical, and artistic challenges — and terrific rewards — await in this kind of shooting. A theatrical photographer doesn’t get to direct the actors, the lighting, or the scene, but she can direct herself to find a perspective that highlights the show’s key moments and emotions. I’m always attempting to frame visually interesting images by shooting from just the right angle at just the right time. I’ll often attend an earlier rehearsal or two so I’ll be prepared to grab the big moments. 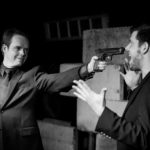 If you’ve ever tried shooting under stage lighting, you might have noticed it poses some tough technical challenges. A fast lens is a must, as most stage shows don’t offer much light. I usually stay at f/2.8 and adjust the ISO and shutter speed as needed and as appropriate for the focal length of my lens. Automatic metering is all but useless under stage lights. Lit-up faces on dark backgrounds trick the camera into overexposing the image, leaving no detail in the faces, so I always use manual controls – and keep an eye on the image review on the back of the camera. Typically, just when I get it figured out, though, the color temperature or the brightness of the light changes, and it’s time to find a new setting on the fly. By Act II, though, I’ve usually gotten a feel for the lighting design and I can make exposure adjustments quickly as the lighting changes. 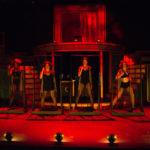 A typical two-hour show, which I usually shoot during a dress rehearsal, will have me clicking my shutter a thousand or so times. I’m roaming the lip of the stage, and maybe even encroaching on the wings, probably unnerving actors, and certainly annoying audience members there for the preview. I often wind up with stiff shoulders and sore feet. And since show producers usually need images right away to hang in the lobby or market the show, the moment I get home from the play is the start of a late night of uploading and editing. Typically, a half to two-thirds of my shots end up tagged “rejected.” A few dozen favorites go straight to the show’s production crew that same night.

What makes it worth the sore muscles and late nights? Just as theater itself lets us look closely and thoughtfully at a representation of real life, photographing staged moments allows a photographer access to faces, bodies, and emotions they can’t otherwise shoot in polite society. The intensity of watching the show through the lens, looking for the peak moments, and mastering the camera to capture them lets me live in the moment, lose myself, and walk away with a finished product with a purpose. 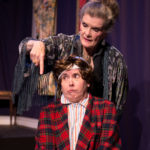