You might remember StageWrite’s challenge to readers to send us their Four County Top Four.  Gary Warwick White, production manager and board member, couldn’t quite limit his top Four County experiences to just four.  And it’s no wonder–he’s been involved in so many shows!  Thanks, Gary, for all you’ve done to make 4CP what it is today and for sharing your highlights with us as we launch into a new season.

I counted the other day…as of the end of Season 44 (2016 – 2017), I have now been involved in exactly 50 shows at Four County Players. 4CP has greatly enriched my life – and it’s fun to look back at what I hold as some of my greatest memories from the past 15 years.

I obviously love a lot of the shows 4CP has produced – I have loved more than I have not! – so I limited my picks to my personal experiences and memories. 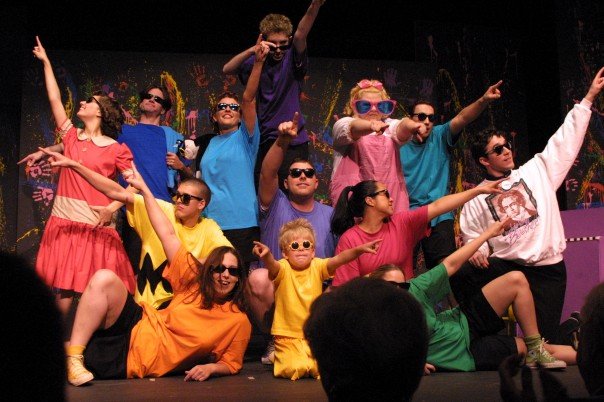 This was my second show at 4CP, and I still smile every time I think about this experience. I turned 17 just after we opened, and I remembered knowing I’d found a home of “kindred spirits” after feeling really lost for awhile. Some of the people I met in that show are now lifelong friends. People who are family. PLUS: This show is really, truly wonderful. The music soars and runs and jumps and the vignettes are both sharp and heartwarming. Bonus: I got to sing “Beethoven Day.

JOSEPH AND THE AMAZING TECHNICOLOR DREAMCOAT (2008) 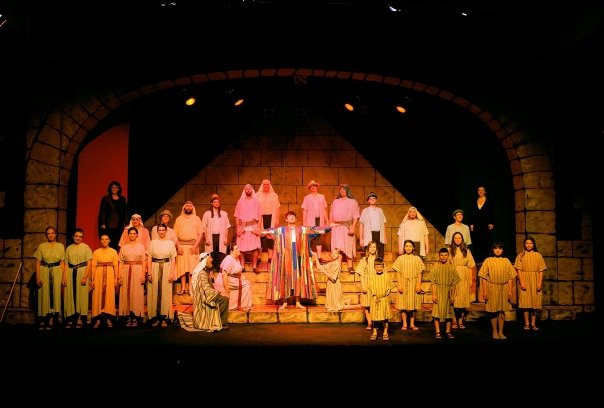 Yes, I played Joseph. And yes, I had a fabulous Amazing Technicolor Dreamcoat (with shimmery gold panels that opened up when I would spin around like Wonder Woman…which I did). But that is really and truly not why this was one of my favorites (well…the Dreamcoat helped). This show was a bit of a turning point for Four County Players – after coming off a couple seasons of shows that weren’t selling well for one reason or another, we had a complete revamp of our programming process, a shakeup of our board & production staff, and a lot of new blood – which infused this show with life and excitement. For the first time in my experiences at 4CP, we sold out every single show. I will never forget that feeling of coming onstage to sing “Any Dream Will Do” to a fully packed house of people who were smiling and ready to have a good time – at every single performance. This will always be one of the most fun experiences I’ve had at 4CP. 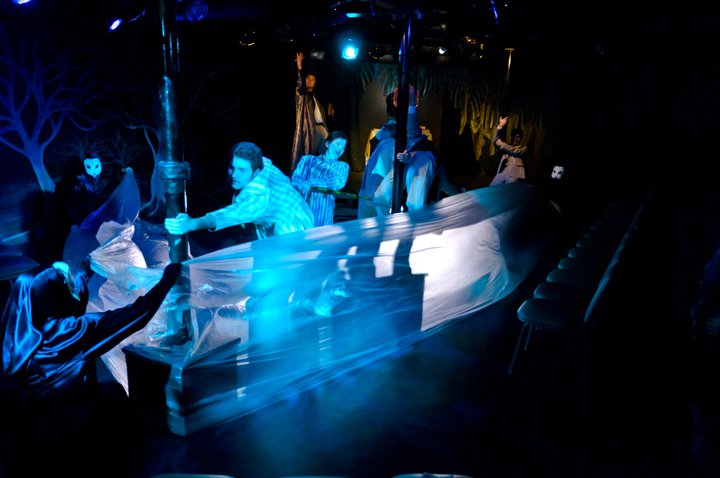 This was the very first show I produced by myself, but I had absolutely nothing to do with its success. It merely provided me with the opportunity to witness genius at work. When I look back at this show, the best thing about it for me was watching the incredibly smart, masterfully imaginative Sara Holdren literally make magic happen in front of our eyes. She completely transformed our intimate Cellar into a full-on enchanted island with the help of some other incredible designers (including her parents, John Holdren, who was her Prospero in addition to designing sound, and Tricia Emlet, who designed what are still some of my favorite costumes). Shakespeare’s classic tale of the fantastic was given such new, vibrant, startling, beautiful, electric life that you could feel the show breathing. Like there was wind in the room. I have a hard time even describing what it was like to be taken to this other world every night, but absolutely hands-down, this is one of the best things I have ever seen…anywhere. It was a legitimately incredible experience. It just happened to be in the basement at Four County Players. 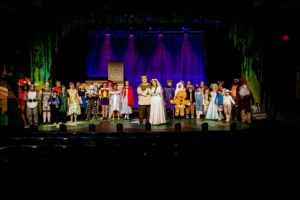 When we undertook this monster of a show, I think everyone was a bit scared. Shrek has become an iconic tale, and we had to really deliver this twisted fairy tale world to our audiences. But the incomparable Mendy St. Ours said “Game on!” and away we went. The creative forces behind this show are still almost unbelievable. From the set, to the lights, to the multiple special effects, to puppets, to the herculean costuming & makeup efforts, to the AMAZING cast and band, every single person involved took the task head-on and knocked it out of the park. This was my first show as Production Manager, and I will never forget walking out of the building with Linda Zuby after strike. As I closed the door, she said “Holy sh*t, we just did Shrek.” And that’s when I knew for sure that we could pull off anything. 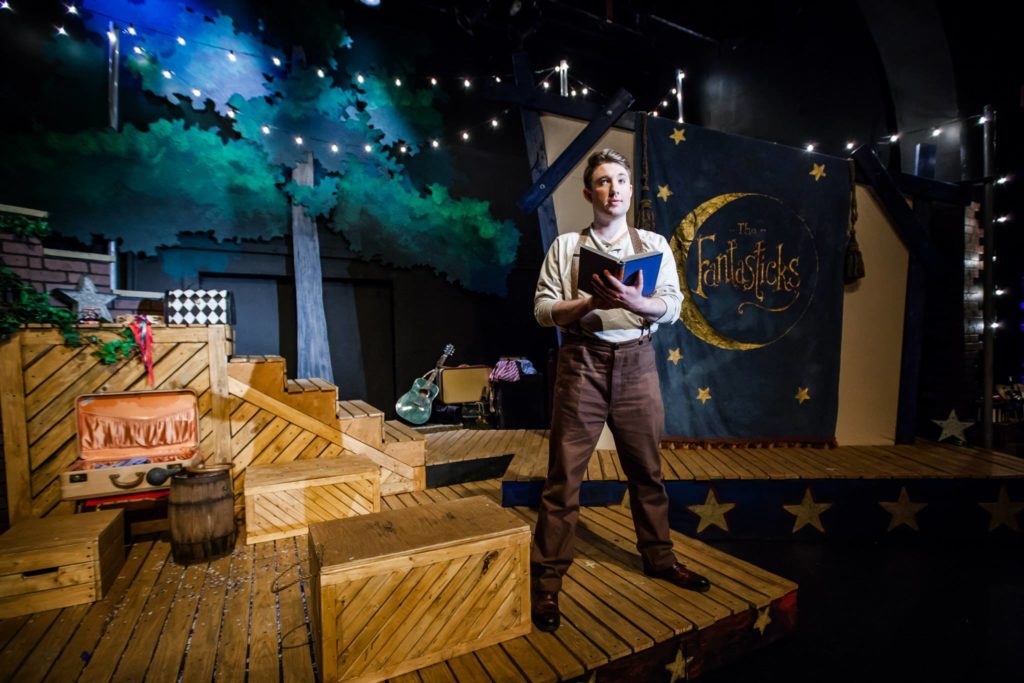 I will always hold this one very close to my heart. I first saw the show when I was 17, and immediately fell in love with this story of a boy, a girl, and the moon. When I finally got play Matt (at age 29, mind you), it was a dream come true – but this production in whole ended up being beyond “all my wildest dreams, multiplied by two.” Masterfully directed by my husband, Edward, whom, in a tech week turn of events, actually ended up playing Hucklebee (that’s right…my father), it was a gorgeous, whimsical, romantic ride through a beautiful, enchanting world that was created onstage every night through poetic, beautiful words and breathtakingly gorgeous songs. This cast & crew of dear, dear friends (most of whom I considered dear friends before the show!) regularly took moments to reflect and be thankful in the moment for our experience together. I am so grateful for The Fantasticks.

If you know me, you know I love Kander & Ebb. These shows are perhaps even on a different tier than others, just because I listened to them so obsessively and dreamed of doing them for so very long…and because in both cases, 4CP really delivered outstanding productions. 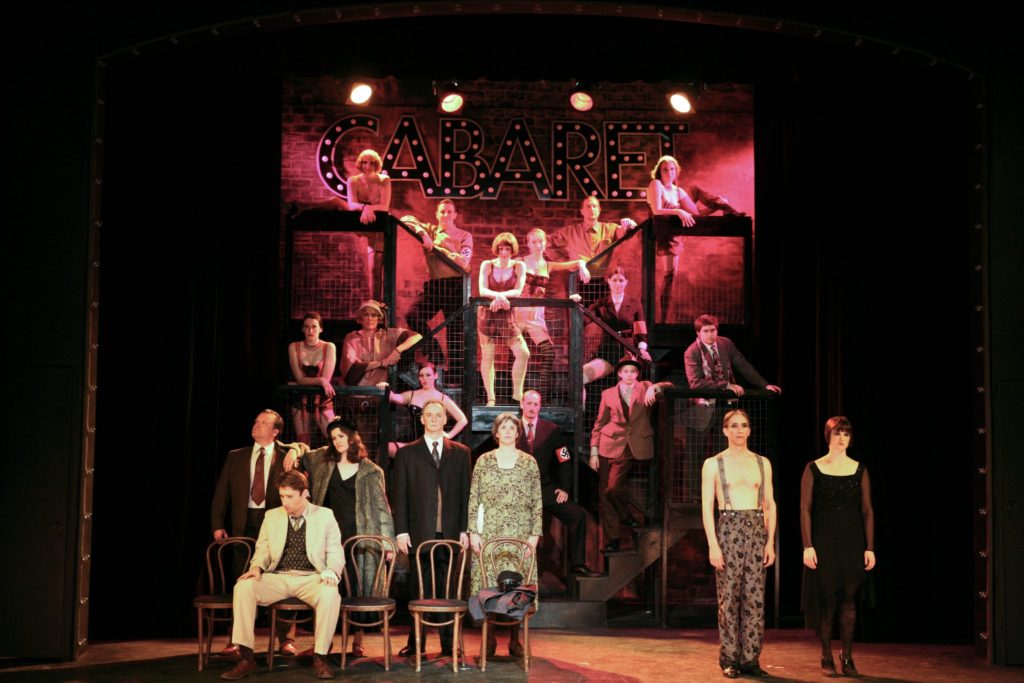 In addition to being one of my favorite shows, and getting to play a role I’d wanted for a long time (Cliff), this show made me acutely aware of what was possible at Four County Players, even amidst the blizzard of ’09 – ‘10. We turned the Mainstage theater into a believable 1930s nightclub in Berlin…including completely removing the seats in the side sections, and building platforms to accommodate cabaret tables that started in the back of the house and went all the way onstage. Not to mention the dozens of marquee lights, fog, two sets of thick black velvet curtains (and a double-reveal!), a kickass band, and the best Kit Kat girls anyone could ask for…when you walked into the auditorium (which was pre-filled with thick fog before the house opened every night!), you suddenly weren’t in Barboursville anymore. It’s the only time in my experience that we have actually gone further than “just” building a set. We have a “keep the set on the stage” rule that we stick pretty closely to, but we made an exception this one time, and it was worth it…a sold-out run. 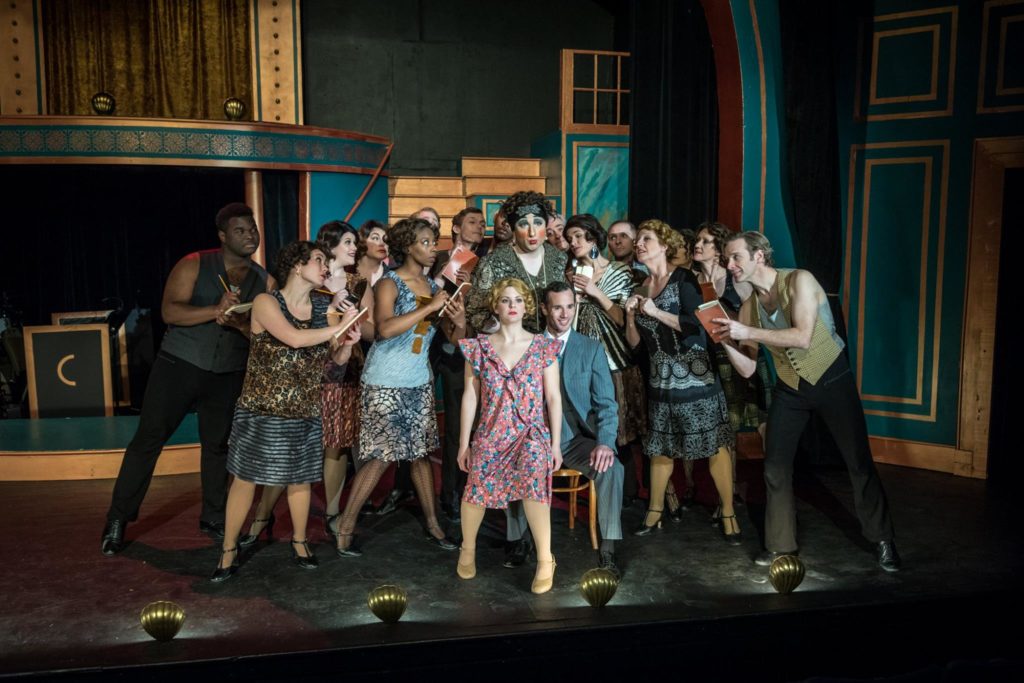 I had been trying to get the theater to produce Chicago for years, but the right directorial team and available performance royalties had never come together at the same time. And then…they did. Cleverly and creatively directed by Edward Warwick White, alongside a ridiculously talented team, with a fantastically talented cast of hard-working, positive people, and an absolute wealth of talented designers, we didn’t spare any detail to make this show great…right down to the shiny copper paint, seashell footlights, and a curtain warmer title gobo. The fact that Chicago completely sold out before it was even halfway through the run was evidence that 4CP had hit the mark. AND ALSO: I played a woman for the first time ever, so there’s that.