Dancing with Myself artists reflect on stereotype and character

This week, StageWrite welcomes Jessica Harris, the young director of Dancing with Myself, and her team of actresses. This Teen Arts Project (TAP) production brings together a group of characters from widely differing social cliques. We asked Jessica, a first-year student a the University of Virginia, to tell us about her motivations and experiences, and then we asked each actress to share how she herself is different from and similar to the character she plays.

Wow. Where do I begin? It feels like just yesterday was the first production meeting for Dancing with Myself, and now, our show opens in less than a week. Under seven days. Just. Wow.

This process has been an incredible and crazy journey, and overall such a tremendous experience. I’ve grown and learned so much as an individual from this performance, and I sincerely hope everyone that encounters this beautiful show told by these talented actresses is just as moved.

I chose Dancing with Myself because the show’s story is not only incredibly relevant for teen girls in this area, but its message holds meaning for all of us. In today’s world, where negativity, polarization, and divisiveness are more rampant than ever, we must remember that we are all still connected. Our relationship to stories, music, and yes, dancing, will forever bind us to one another, welcoming us into this family called the human race where no one is truly alone.  We don’t have to buy into stereotypes. We don’t have to succumb to outside pressures telling us to be someone we’re not. We all have the power to chart our own path and stand up for what we feel is right.

The best part about this production? The people. Hands down. Every single person involved in this production, from the cast to the crew, and everywhere in between, is not only insanely talented, but has a heart of gold and has been so dedicated to ensuring this project is successful. This amazing crew has dedicated hours on end, provided incredible insight, and supported me and this project every step of the way. With their incredible talent and willingness to enter this space with an open mind and heart wide open, the actresses have made my job incredibly easy. Their thoughtfulness and compassion are what shine through, and each and every one of them brings something truly unique and special to this world that is unparalleled. I am all the better for knowing them.

Okay, okay, enough with the sappiness. So, what does this mean? It means that you (yes, you!) must come witness the magic that has been taking place in The Cellar for the past two months. Come join us next weekend for an evening of storytelling that has evolved from such heart and soul. You’ll laugh, you’ll cry, and hey, you might even dance and sing along. 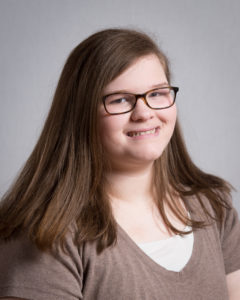 “I am so excited to be playing the role of Nerd in this amazing show! I can relate to Nerd in many ways. But, we are also very different in many ways as well. Nerd, like many teenage girls, is trying to find her place in society. She wants to be accepted so she tries to be an extremely smart know-it-all. I can say that I have definitely tried out many versions of myself in order to feel accepted, but I eventually realized that the real me has been inside all along, and I don’t have to be like others to be accepted. Nerd is very good at math; that is a trait that I definitely do not share with this young character. Once again, I am very thankful and excited to be in this lovely production and to be playing this phenomenal role!” 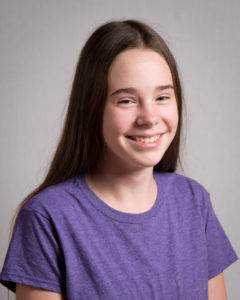 “New Kid and I are similar in many ways. We are both usually happy and excited. We both try to look on the bright side. We are different in many ways too. At school I am one of the quieter students, while New Kid wants to be everyone’s friend. New Kid and I both have the same sense of style, and we both can’t dance. I have had so much fun playing New Kid, and I can’t wait of share this with everyone!” 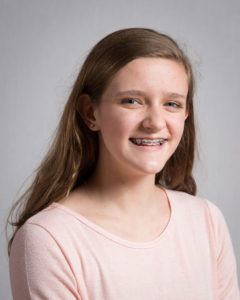 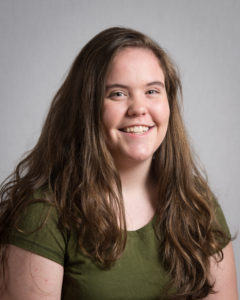 “Honestly, my character and I are pretty similar. I can have a hard time making up my mind from time to time, but I always seem to have good friends, unlike Moody Chick.” 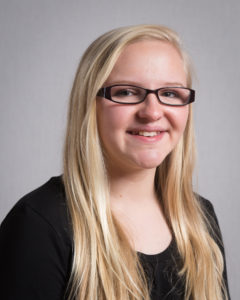 “I am like Gamer in many ways, but I am also very different from her. Gamer and I are very determined and focused. We both try hard to get what we want. I love talking to people, but Gamer is very socially awkward.” 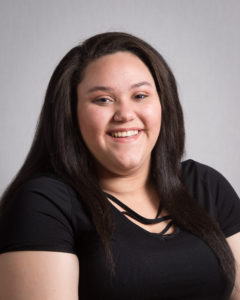 “I am similar to Goth Girl in a few ways. She likes to read as do I. She tends to be quiet and shy when she is somewhere new and doesn’t know anyone. She likes her alone time and likes to have a day with no problems and responsibilities.

I am different from Goth Girl in that I am not a Goth kid. I am not nor have I ever been in an abusive relationship. I am not mean and/or cold to people. I don’t only want to be on my own. I love to have people there with me. And I don’t wear all black!!” 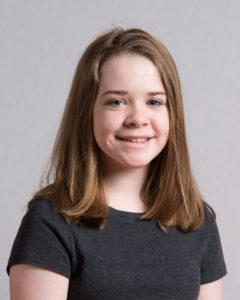 “Jock is a very tomboyish character; I do not consider myself a tomboy. Jock wants to cover up her love of music and how she likes to dance, however I am the complete opposite. I have done seven years of dance, and I love to sing and act, I also play the trumpet. In some ways I am also similar to Jock, I do play volleyball and I am on swim team. Jock covers up part of her personality to fit her stereotype, but I feel that I do not have to fit in a certain stereotype to feel good about myself.”

Tickets are on sale now!