Chicago in review: A teen breaks down the musical’s success 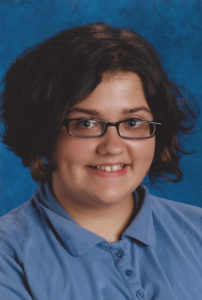 Today’s guest blogger, Jamie Cortigene, is a ninth grader at Henderson High School in West Chester, Pennsylvania, the same school her grandmother, Four County board member Barbara Wimble, attended.  Says her proud grandma: “Jamie is quite an exceptional young lady and the delight of my life. In her gifted classes in middle school, she helped write and perform in two plays based on Shakespeare – Shakespeare Night Live and Shakespirit: Midsummer Night’s Murder. She sings with her school’s a capella group and plays the guitar and ukulele. She visits us in the summers, and in 2015, she attended the Four County Players summer camp. She loves theater and is currently in her school’s production of Mr. Burns.“

After traveling from Pennsylvania to Virginia to see Chicago at Four County, Jamie wrote a terrific review of the show for her English class and agreed to share it as a guest blog.  We know you’ll agree that this Four County kid exemplifies the terrific young people who get involved with theater!

A few words of warning: this review is absolutely biased. Four County Players is near and dear to my heart since my grandmother has been in several productions there. Every time I take the seven-and-a-half hour drive down, I stop by the theatre.  However, I went down for the express purpose of seeing this play, and I was not disappointed.  Whatsoever.

The casting was spot on. The protagonist, Roxie Hart, (played by Natalee McReynolds) gave the character a sassy and bratty edge. In segments of the play where Roxie fooled the press, watching McReynolds act as the egotistic Roxie acting as a sweet southern girl was endlessly entertaining; She flipped a switch from saccharine to vulgar in an instant. Her chemistry with Velma Kelly (Becca Vourvoulas) was present both onstage and offstage, like a battle of egos rather than wits. Speaking of Vourvoulas, her vibrato and power were astonishing.

Lee Susen, who plays Billy Flynn, pulled off the role with charisma that surpassed the movie’s interpretation of the character. Perhaps it was the smooth singing voice, yet it could be that he interpreted the character as apathetic, rather than outright mean. Completing the lineup of the main cast, Ken Wayne plays Amos, contrasting greatly to his previous role of Shrek in Shrek: The Musical.  Each self-deprecating line won an “Aw…” from the audience as his face dripped honesty and sincerity. 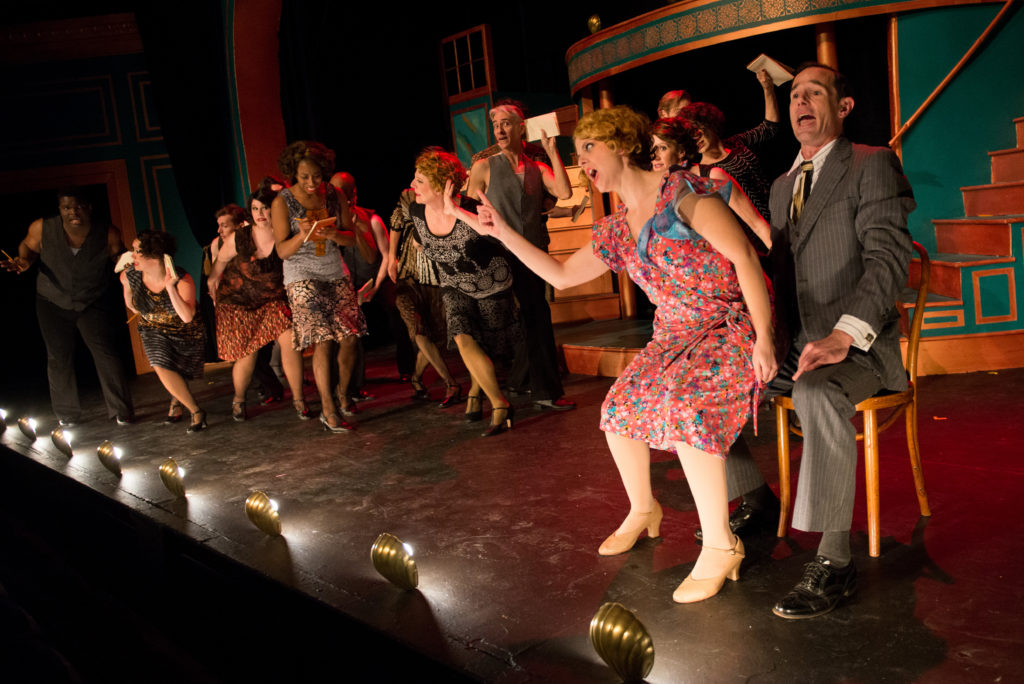 Each scene or musical number held numerous costume changes (courtesy of Amy Goffman.) The most notable example was for Amos’s number, “Mr. Cellophane.”  The female ensemble members twirled across the stage in plastic-wrap dresses for about ten seconds.  This tiny effect required another visit to the changing room, up the outdoor stairs, and then back onstage, proving their dedication.

Then, there is dedication to the tone, something one cannot experience from the 2002 film. Chicago comments on corruption behind media and how awful people are turned into household names regardless of their personality or actions: all it takes is good publicity. The 2002 movie played the topic straight and seriously, making some of the most famous lines seem out of place. However, every snarky remark felt right at home here. One scene in particular stood out yet blended right into the movie’s critical tone. During this scene, Hunyak (played by Lindsay Goodrich) is hanged, and her execution is framed like a circus act, complete with a sparkly red-white-and-blue leotard.  Her shaky movements and labored, anxious breathing, accompanied by an intense drumroll (Jason Lankford) was the most serious moment in the production and the most cynical. No snarky comments in this scene—just an innocent person wrongfully hanged for a crime she did not commit. 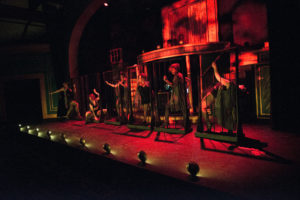 The set was perfectly adapted for Hunyak’s hanging scene and fit every other scene to boot.  Most of it was carpentry work that had to support the weight of the actors and actresses on the top level (thanks to Kerry Moran and Sid Wood.)  The luxurious painting of the set was detailed enough to stand on its own, yet stage props for some areas still were rolled onstage.  During the Cell Block Tango, there were pliable jail cells for each Merry Murderess, and formal chairs along with an American flag fashioned the set into a courtroom.

The stage itself was close and familiar to the audience—one could really see every detail. Yet, the stage and set were not the only thing connected to the audience; the actors were, too. They were all real people; each person was diverse and still acknowledged as beautiful. Afterwards, the cast walked out and greeted family and friends with warm hugs and tired smiles. They greeted complete strangers, sometimes in character, and thanked them genuinely for coming out to the play.  The whole experience was worth the long drive through D.C at Friday rush hour traffic. 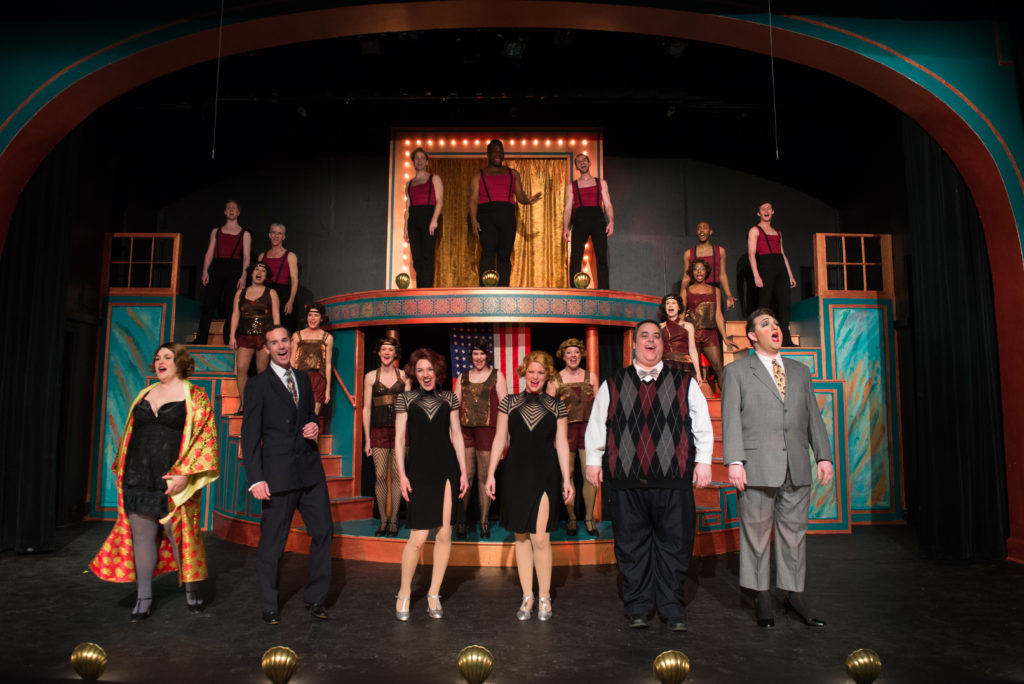