A TREE grows in Barboursville

With the opening of Chicago approaching on March 3, 2017, it might not surprise readers that this isn’t the first time this classic musical has graced the Four County Players Mainstage.  In 1982, a production of the show held a special and bittersweet place in the history of the Barboursville theater:  It was the final offering of TREE, a remarkably successful employability program that changed the lives of hundreds of central Virginians.

Learn more about TREE in this report from Linda Hogan. 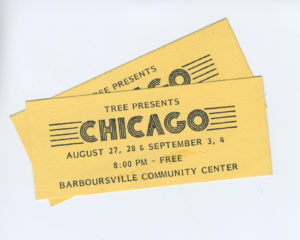 Over a three-year period during the Carter administration, something remarkable happened at Barboursville Community Center. With over $600,000 in government funding, about 300 disadvantaged young people participated in a program that put on a dozen shows.  They earned paychecks, learned marketable skills, and often emerged as new people.  In many cases, despite never having been on stage before, they performed in front of audiences that had never seen a live performance.  By all accounts, the experience changed lives and left a mark on the fledgling Four County Players.

I’d seen a picture or two of the TREE (Theater-Related Employment Experience) program at Four County Players but had learned few details.  I began my search for more information by visiting with Fran Smith — then Fran Sackett — who served on the Four County board of directors between 1978 and 1987 and directed the program.  She shared her memories along with clippings and letters the participants had lovingly saved in a scrapbook.

The story begins when Ike Ekling wrote a grant application to the Governor’s Employment and Training Council (GETC). Funded by the federal government’s Comprehensive Employment and Training Act (CETA), the program launched in January 1979. TREE paid minimum wage to groups of twenty or more qualifying young people to work daily after school for fifteen-week sessions. 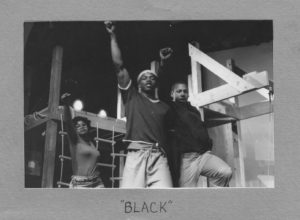 A scene from The Me Nobody Knows, presented in April, 1982.

“Theater encompasses every aspect of life,” Fran says.  Thus, a theater was the perfect venue for teaching young people the skills and qualities that would make them good employees later in life. She and Four County co-founder Bill Thomas, who served as the program’s finance director, took turns directing shows.  Everything that went into putting on a production offered a lesson.  Building sets taught carpentry, making costumes taught sewing, designing lights taught electronics, and managing the box office taught clerical skills. The directors also took the young people on college visits, engaged local business people to conduct mock job interviews, and brought in CPR instructors to enrich their experience.

But the most important benefits were less easy to quantify, though far more critical.  Fran wrote in a 1981 letter to the audience in the playbill for the TREE production of Studs Terkel’s Working, “Self discovery is the end product of a challenge mastered when the mind commands the body to do something seemingly impossible.”  She continued, “So many of our TREE kids have come face to face with a challenge…. and walked away from the program a new person.” 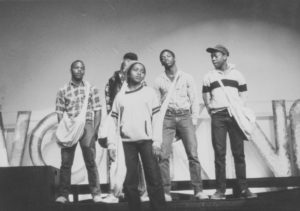 The newspaper crew in Studs Terkel’s Working, presented in January, 1982.

The governor’s office agreed with Fran’s assessment that the program was a success.  In 1981, TREE was recognized as an exemplary program by GETC, and young actor Coastan Paige received an award as the commonwealth’s most outstanding participant.  Governor Dalton attended the young peoples’ production of Elizabeth Swados’s Runaways.

Other famous names were associated with TREE as well.  Musicians hired to back the young actors and singers included Charlottesville’s John D’Earth and Dave Matthews Band drummer Carter Beauford.

Over the three-year tenure of the program at Four County, its directors Fran Smith and Bill Thomas chose plays that they felt would resonate with the participants.  When they produced The Me Nobody Knows, the playground equipment they built to serve as the show’s set got a new life when it was donated for use in the park next to the theater.

Though the program had to end in 1982 when government funding was cut, it went out with a flourish, receiving media coverage and praise for its twelfth and final show, Chicago. In an interview with The Daily Progress, Calvin Reid, who played Mary Sunshine, confirmed that the end of the program would be a loss for the community.  “What worries me now is what are the kids going to do?” he says. “There are no jobs around here.”

Though it was short-lived, TREE sent deep roots into the central Virginia community.  Fran Smith keeps in touch with many of the participants, and most, she says, went on to college.  She often hears the same words from them:  “It was the best thing I ever did in my life.” 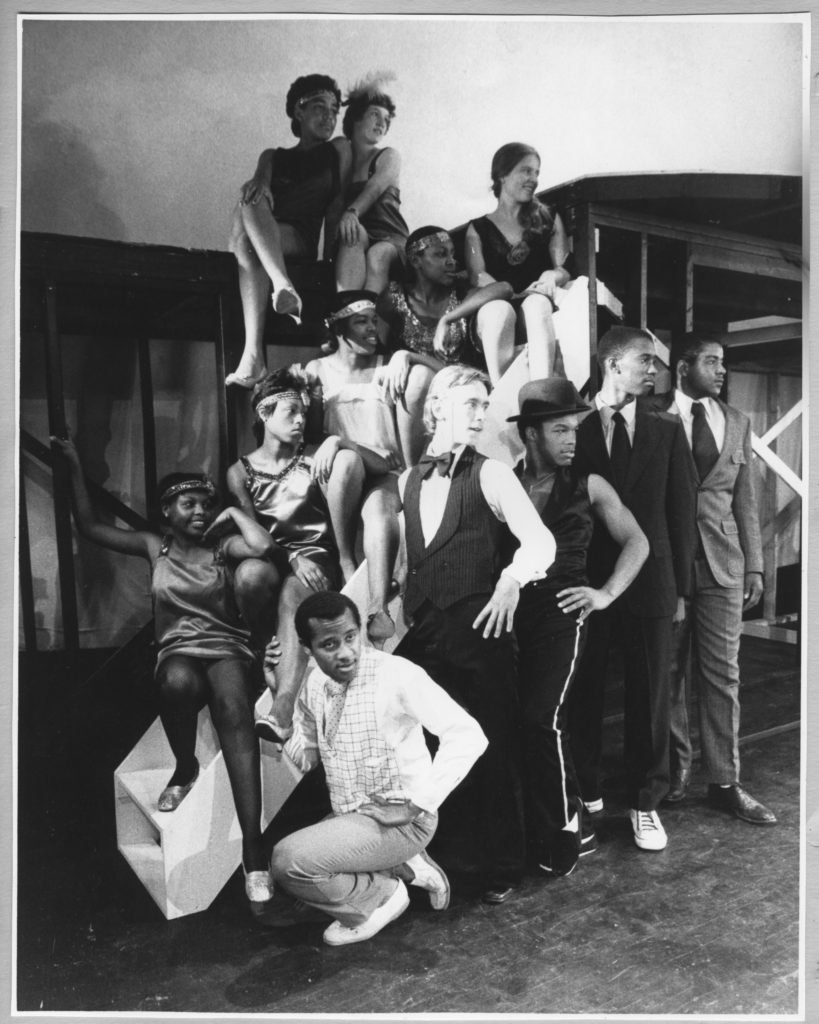 The final TREE production, presented in August, 1982, was Chicago.