Thanks for the shout-out!  Check out this week’s C-ville to find out what the other sixteen most intriguing places in Charlottesville are.

Here’s what they said about our favorite spot:

“One good thing about Charlottesville (among many) is that when someone says the words “community theater,” nary a groan can be heard from the crowd. That’s because true townies know our local productions aren’t the spit-and-mud variety you sometimes see in smaller communities. And that goes double for Four County Players, the longest continuously run community theater in Central Virginia. Housed in the former Barboursville High School, the organization stages four or five shows each season: one musical (at least!), a straight play and a family Christmas show. Now in its 44th season, FCP’s current show list includes Chicago and A.R. Gurney’s Love Letters. Get tickets to a show on the mainstage (formerly the auditorium) or downstairs in The Cellar (a black box theater that once served as the BHS cafeteria). All the world may be a stage, but this is a good place to start.” 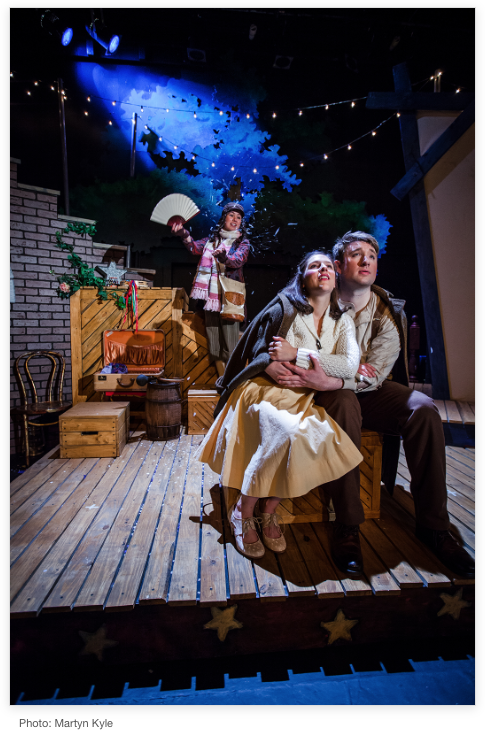